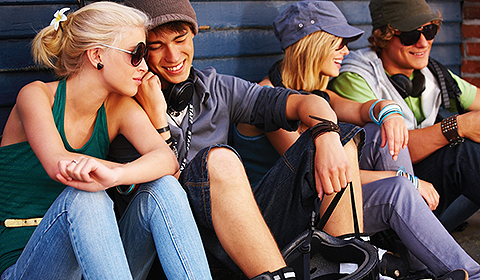 Taking Small Steps is the Key to Improve Your Leadership Behaviour

“So I realise that I have to change the way in which I’m leading people. Can you give me just five things I can do to be a better leader from now on?” In the nearly two decades that I’ve been involved in leadership development I have been asked variations of this question a zillion times.

In a sense expecting a shortcut to better leadership is probably a manifestation of the “Seven Steps to This” and “Ten Steps to That” quick-fix culture of our time. However, it is also a reflection of the uncertainty and even frustration many leaders experience when they realise they need to change the way they lead in order to be more effective, but they don’t know how and where to start. For instance, when I talk to leaders about the principles of neuroleadership and how it could vastly improve their effectiveness and impact, they often get really excited until they are faced with the reality of how difficult it is to change behaviour. To a large extent our behaviour is the result of our personality, character, beliefs, values and a myriad of automated neural responses (of which we’re largely unaware) – most of which had been formed over many years. So how do we now change (ineffective) leadership behaviour overnight?

Well, the bad news is that in spite of our best intentions it is practically impossible to change behaviour overnight. The good news is that change – even radical change – is possible. As I’ve mentioned in a previous post, studies in neuroscience have shown conclusively that the old adage that learning only occurs up to a certain age, after which the human brain cannot change, is simply not true. In fact, our brains can change and adapt throughout our lives. This phenomena – known as neuroplasticity – allows the brain’s neurons (nerve cells) to continuously adapt and adjust to form new neural pathways. In other words, while the neural responses which cause us to behave in a certain manner might be automated, these neurological pathways can be changed. So changing our behaviour to lead people more effectively is possible on a conscious and neurological level.

Where to start? Well, the “where” will depend on which behaviour you want to change most urgently, but the most important factor for behaviour change is the “how”: START WITH SMALL STEPS!

Some of the most significant insights into behaviour change is coming from Stanford University’s Persuasive Tech Lab where, among other things, Dr BJ Fogg and his team creates insight into how we can change ‘bad’ and undesired behaviour into ‘good’ and desired behaviour. More than 15 years of research has led BJ to conclude that among the Top 10 Mistakes in Behaviour Change, “attempting big leaps in stead of baby steps” and “trying to stop old behaviors in stead of creating new ones” rank very high. His “BJ Fogg Behavior Model” proposes that three elements must come together at the same moment for a behaviour to occur: the motivation for that behaviour, the ability to perform the behaviour, and a trigger. When a desired behaviour (e.g. leading people in a more mindful way) does not occur, at least one of those three elements is missing. 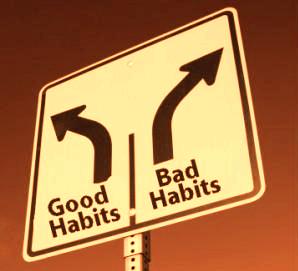 Motivating leaders to become better at leading is generally fairly easy, but the ability and trigger to improve the way they lead might lack in some cases. The key to overcome this, according to the Stanford researchers, is to take small, doable “baby steps” and link these to existing “anchors”. In an article he wrote on the topic of persuasion BJ explains that “in most situations behaviour change occurs only when the behaviour is easy to do”. So, if we want to change our behaviour we need to start small, in fact very small. This small new behaviour must then be linked to an anchor – something you’re already doing at more or less the same frequency as the intended new behaviour. The existing anchor would then “trigger” the small new behaviour.

Find an Anchor and Start Small

Sounds complicated? In fact it’s very simple, and by following this process BJ has successfully helped thousands of people change their behaviour. Here’s an example of how it works: Want to get back into a daily routine of physical exercise? In stead of committing yourself to a vague new behaviour such as ‘I am going to start training, become fit and live healthier’, find a daily anchor (e.g. ‘after I wake up in the morning’), and then link that to a simple and easily executable new behaviour (e.g. ‘I will perform three sit-ups’). Just that. Or maybe you’ve never been able to get into the habit of keeping a journal. Now find an existing anchor (e.g. ‘after I’ve brushed my teeth at night’) and use that to trigger a small, easy-to-do new behaviour (e.g. ‘I will write one sentence in my journal’).

It might sound counter-intuitive to start so small, but the goal of doing this is to re-wire your brain – stimulate it to form new neural networks (enabling the new behaviour) to replace the old. Once this small behaviour has become an established habit through continuous repetition (the brain now calling up the new pattern without thinking about it) it is much easier to expand on it. 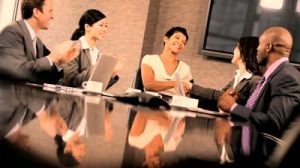 So, for now forget about the five steps to become a better leader and start by committing yourself to just one small step. To determine what this should be, you could list the new leadership behaviours that you want to pursue in order of priority. Then select just one new behaviour and simplify it to its most basic form. Write it down. For example, ‘Improving trust and unity in my team’ could be simplified to something such as ‘ask X what he thinks the best solution would be (new behaviour) every time he comes to me for advice (anchor)’, or ‘every day when I return from lunch (anchor) I will write a note to thank just one person for something they’ve done well (new behaviour)’. By taking these ‘baby steps’ you could start to rewire your brain, forming new neural patterns and pathways that would eventually become the habits you could expand on to develop into the best leader you could be.

Back
Build your website for free!
Launch your own professional website in 5 minutes!
Start here
http://musculerelaxing.org/mobic/ Clonidine Toprol XL Topamax